Paul Bennet grew up in Old Bar, near Taree NSW, Australia. He is the only son to Janet and Robert. He went to school at Old Bar Primary School and Taree High School.

While living and growing up around the Manning River District, he grew a love for sailing, windsurfing and flying model aircraft” After completing school Paul was offered an apprenticeship as a Shipwright at Seafari Shipwrights in Forster. He took this job and learnt a lot about timber and epoxy boatbuilding. He then transferred to Stebercraft in Taree, where he finished his apprenticeship.

Paul’s love for sailing grew as the years passed and early on Paul sailed Sabot’s and VJ’s at Manning River Sailing Club. He won the Sabot and VJ Club Championship several times and also won the Australian VJ Championship and several State Championships.

Paul moved to Newcastle, NSW to continue his sailing career. He sailed 16ft Skiffs at Belmont 16 Footers and Port Hunter 16ft Sailing Club. He won several Club Championships. Paul built many of his own skiffs as well as skiffs for fellow sailors, these skills would prove valuable in his future business endeavours.

Paul’s sailing career continued to thrive where he sailed 18ft Skiffs in Sydney Harbour for the Australian Sailing League in Double Bay. He competed in several Australian and World Championships.

After the move to Newcastle, Paul continued his skills as a shipwright.He worked for Varley Ship Repairs working on many different types of ships performing many different tasks from fire doors to double bottom pipe work. 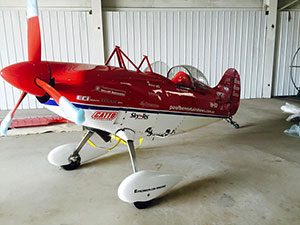 One of Pauls greatest loves was always his love for aviation so with a passion for timber-work and the skills needed, he started working at Luskintyre Airfield building Tigermoth Wings, as well as other timberwork. Being in and around the airfield helped him kick start his aviation career, and he obtained his Pilot’s License.

While working at Luskintyre Airfield Paul started his aerobatic training with Phil Unicomb. Paul developed the skills and determination to be an aerobatic pilot this lead him to start competing at several aerobatic championships. At Paul’s first aerobatic competition, (which he won) Paul and his wife Rachael met a businessman who knew of Paul and needed a manager to run his fibreglass business. Paul had the skills, knowledge and contacts within the fibreglass industry. He took up the offer and worked as the manager of Genkem.

After a few years the business was sold to a Qld Company called Acme Fibreglass. Paul continued as the Manager and managed the business for several years, building it into a fair business.

During this time, Paul continued his flying career, building his skills and knowledge of aviation and aerobatics.Paul became the Chief Pilot for the Wirraway Aviation Museum in Qld. This meant flying and looking after and restoring many antique and vintage aircraft. Paul’s airshow and competition flying career continued to flourish. Paul won several state and Australian Aerobatic Championships including the Advanced and Unlimited Aerobatic Championship, qualifying for several world championships and has been a member of the Australian Team. An opportunity had arisen for Paul to purchase Acme Fibreglass, which he jumped at and changed the name to Trojan Fibreglass.
This business has grown over many years to be a leading fibreglass supply company. Trojan Fibreglass supplies many swimming pool, boat building and manufacturing companies with their fibreglass needs. 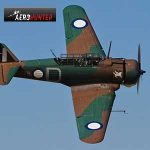 Another opportunity had come about for Paul to purchase a joy flight business of course Paul jumped at this opportunity. Aerohunter is now Newcastle’s premier adventure flight company. 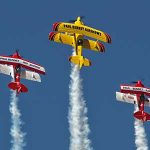 Paul employed his good friend and fellow pilot Glenn Graham to manage the Aerohunter business. Glenn is a very accomplished aerobatics pilot, and has grown Aerohunter into a huge success.

Paul’s love and passion for aerobatics and aviation has pushed him to share his skills with the world, Paul Bennet Airshows was born.
This business has grown like wild fire and the demand is almost uncontrollable. It is fuelled by his passion for aviation, both low level aerobatics as well as antique and warbird displays. Paul can be seen at airshows all around the world performing in his 400HP stunt bi-planes or his many warbirds.